The Role of Gold In A Portfolio

Gold is a unique financial asset. It is best thought of as an non-interest bearing real asset. Its performance is driven by two main drivers: 1) the long-term interest rate on money and 2) the value of paper money relative to real assets. Because of those drivers, gold does well during periods where either easy monetary policy creates rising inflation or during depressions. As a result, gold is best thought of as protection against extreme tail environments rather than incrementally diversifying during normal times.

In dollar terms this year gold has sold off but not nearly as much as either nominal or real interest rates. The attribution of the return is pretty clear using the framework above - gold benefitted from the rising inflation but was weighted down as long-term interest rates rose substantially. Gold certainly held up well overall suggesting that the impact from rising inflation was a substantial support to its price (20%+). 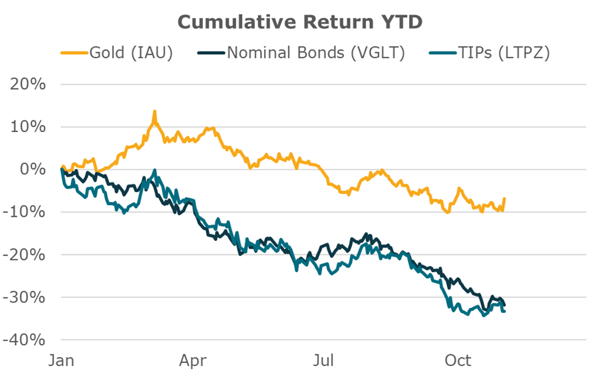 In many developed economies gold provided a substantial diversification benefit to declines in equities. In Japan, the UK, across Europe and Australia gold returns were positive in local FX terms in contrast to equity markets that declined. In these economies monetary policy and the shift on the long end was not nearly as substantial relative to rising inflation. The US dynamic is the outlier across developed economies as the Fed pursued much more aggressive monetary tightening than elsewhere.

This range of outcomes is critical for investors to think about when constructing a strategic portfolio. While it’s true in the US case the Fed took a very aggressive tightening posture this time, it didn’t have to be the outcome nor should it be relied on to continue. If anything it was the outlier in response to inflation relative to other developed country counterparts. 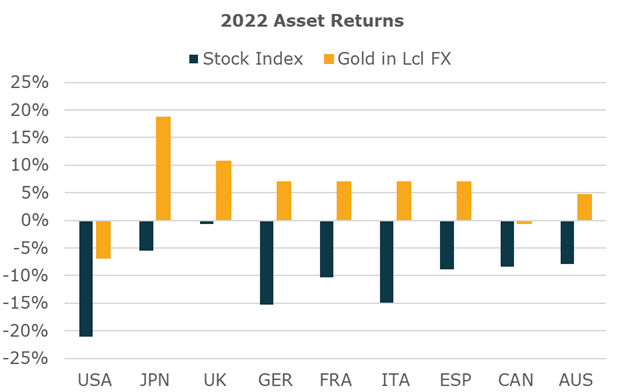 While the rising inflation environment has supported gold prices in many local currencies, the real sweet spot for gold is in more tailed environments. The chart below shows the average annual return of gold in local currency terms during a range of different inflation rates across roughly 10,000 historical 12m periods across both emerging and developed economies (which are broken out below).

Gold typically starts to perform well as inflation emerges but does better than inflation itself starting at inflation of around 10% until inflation starts to get to 40%. Higher than that and both gold and inflation reflect the exchange rate moves one for one.

Gold also starts to outperform when deflation emerges - with clearly positive returns once inflation falls below zero. And in extreme depression environments gold typically raillies as paper money is devalued relative to productive real assets to arrest the deleveraging dynamic. The US depression is the classic case, but we also so gold do well during the GFC deleveraging environment as well. 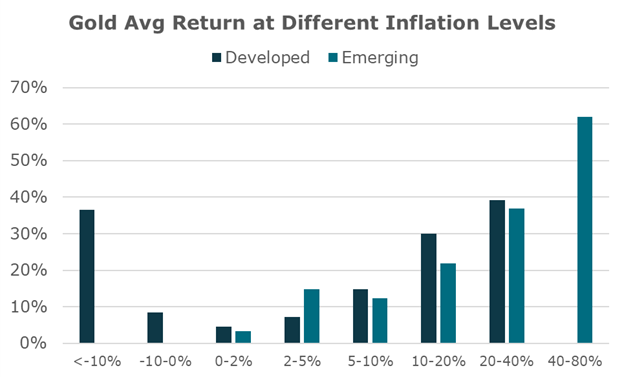 So what is the right allocation to gold? It’s different for any investor given their risk tolerances. It comes down to how much an investor wants to be protected from the chance of a tailed inflation outcome. Determining that is a function of the probability that an investor sees that outcome in their own currency and the pain such a dynamic will create on the rest of their portfolio.

Many emerging markets investors hold a substantial amount of gold because inflationary environments are relatively common. In the developed world gold those outcomes are less likely but happen with enough frequency that gold is a valuable portfolio diversifier.

For instance in the last 100 years in the US we have had 2 instances of depression and several instances of rising inflation where gold would have been a very valuable asset in a strategic portfolio. In the floating exchange rate era alone in 11% of all 12m periods stocks were down and gold was a better diversifier than bonds. Given that set of dynamics, allocations of 10% in a portfolio seems like a very reasonable starting point.

Despite these tailed outcomes being reasonably common, the vast majority of investors hold no gold in their portfolio. Given the uncertainties about building inflationary pressures and central banks’ response, it's a critical time to seriously consider adding it to most portfolios.

Where Does All That Hedge Fund Alpha Go?

The vast majority ends up in managers’ pockets. No wonder they have so many yachts. For years...
Read More 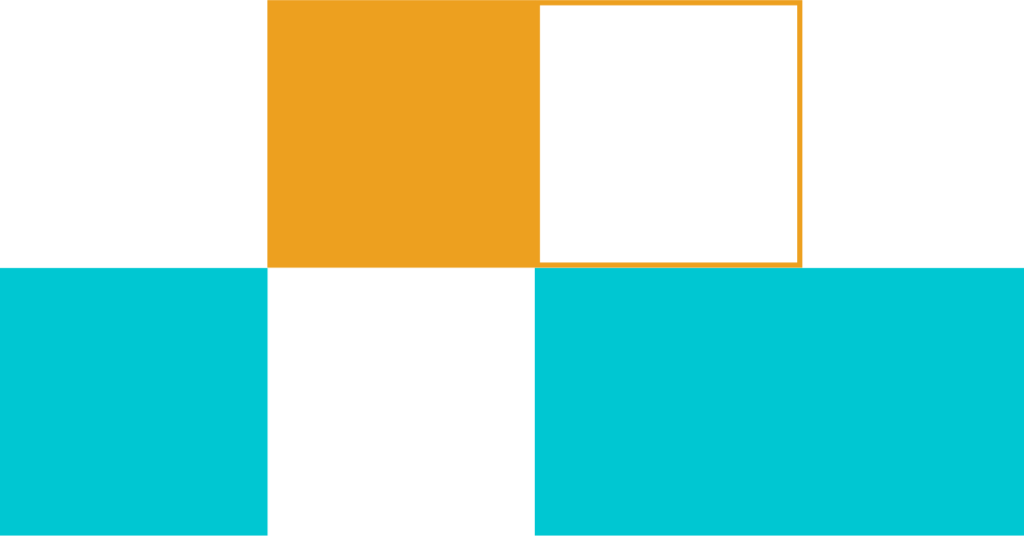